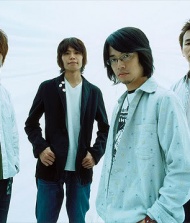 Akans People under observation: And so that we can try to keep the spam down as much as possible, Kari put up a thread for things that might relate to Melodies, but isn't needed on the thread.

Last, but not least, have fun! September 9, Hotaru Promise McClair Gender: Twilight, but has a little more light then most people with Twilight hearts. The keybalde of Dawn, sometimes a duet, magic and a little bit of summoning here and there. Yet, she picked up a sword that her destined angel weilds, it's name is that of 'Mikoto of the Morning'.

Oathkeeper Second Normal Keyblade: Change of Heart Oathkeeper: A pure white keyblade showing innocence as some people would say, with the blues and yellows towards the tip of the keyblade.

A small, golden key is right in the middle of the heart. Mikoto of the Morning: A soft pinkish hue color for what is wrapped around the silver handle, the melt of the blade it's self is that of a silverish-gold color.

Hotaru still has yet to recive this weapon. Hotaru has long pinkish-gold hair the color of that you see at dawn that goes down to her midback, her eyes are that of sapphire-blue tinted with violet, that change color depending on how she feels. Her skin is that of a soft tone of peach, she has an innocent look about her.

0 User(s) Viewing This Thread (Past 15 Minutes)

Her face looks a lot like her mom, a thin nose and just the right height on her cheek bones. Her lips are a soft red color, her outfit is that of a blue tank-top.

She wears a heart shaped choker around her neck that was given to her by Robin, yet she still wears the locket that her childhood friend gave her. While from the waist down she wears dark blue jeans. She wears blue and white sneakers with a heart desgin on the left side of both.

She has a ribbon in her hair to help keep it out of her sapphire-blue tinted violet eyes, she also wears black figureless gloves. Her wings are goldish-silver, her left wing is more gold while her right is more silver.

She keeps them folded tight to her back, so that way they aren't in the way. She is an upbeat and cheerful teen just like her dad,but she also strong-minded and willed like her mom, She is a shy kind of teen, she never speaks up for herself.

She is also a soft hearted kind of girl. She hides her emotions because she thinks that if someone saw her crying they would think she is weak.

But the thing that her parents don't get is that she is really romantic, but she doesn't want anyone. She is always a dreamer. Has a refreshing personality she's nice, listens to common sense, and is always thinking about everyone when things get rough. She is thought to be the outsider in her school, but she is just shy.

Her friends understand her. She is willing to put her life on the line to keep the ones she cares about safe, she acts like she doesn't care to keep the ones she does care about safe. She is also quiet, so friends do get worried from time to time.Personally I think that there's probably no one opening that could effectively encompass part 4, because there are long colorful-and-silly parts but also long actually-really-intense parts where the colorful-and-silly aesthetic is entirely out of place.

Download-Theses Mercredi 10 juin Nov 07,  · Read the topic about Best Opening/Ending Theme Tournament on MyAnimeList, and join in the discussion on the largest online anime and manga database in the world!

Join the online community, create your anime and manga list, read reviews, explore the forums, follow news, and so much more! (Topic ID: ). Asian Kung-Fu Generation, or simply AKFG or Ajikan, is a four famous for their hits such as Rewrite, Blue Train, After Dark, and Solanin. The Web's Largest Resource for

Feb 18,  · OP4 (): “Rewrite” by Asian Kung-fu Generation Very nice rock intro. Probably the second best vocal song on the album. A ED4 (): “I Will” by Sowelu Another nice R&B ending. Better than the first. A Interested in this anime? Buy it here!